Carved by his father as a souvenir of his leaving and in expectance of his return. 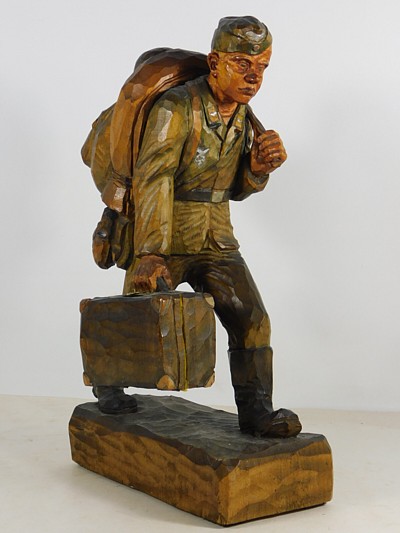 This carving is a rendition of a Luftwaffe solder by the name of Rudolf Heineke who left for service in late 1939 from his home in a village near Dresden. It was carved by his father (apparently an artist in the genre of Saxon wood carving) . The suitcase which Rudolf carries was incorporated into the design of the carving as a practical measure. It was meant to contain the awards that Rudolf was sure to receive in recognition of being the fine soldier that his father was sure he would be. The figure stands approximately 15 inches tall. Rudolf is portrayed (perhaps in caricature) as having very rounded facial features like a cartoon character. He carries his full load of issue equipment which is rendered in realistic and well defined form. The lid of the suitcase opens via a set of small brass hinges and a clasp at the top. The suitcase contains a letter written by Rudolf to his mother from a Luftwaffe hospital assumedly after receiving wounds during the campaign in France; summer 1940. Also is contained within is Rudolf’s Luftwaffe ground assault badge. The figure is colored by ink which has somewhat been absorbed into the wood over the years and remains a bit subtle. The single most amazing aspect of this carving is not readily visible but it comes to you once you look at it long enough; with the exception of the lid of the suitcase, the entire figure with all accoutrements attached is carved from a single piece of wood. 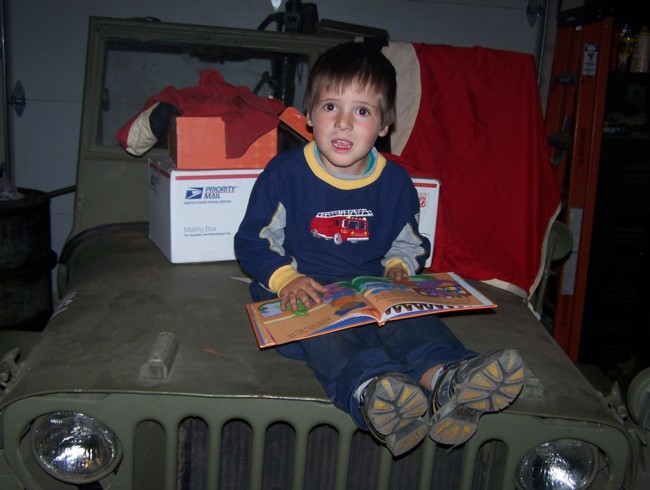 I turned my head for a few minutes and my assistant started goofing off. I found him reading another one of those “long-haired” books. Boy…good help is so hard to find these days

So there is this job placement service for lice. The phone rings one day and it’s Paul. Paul is a louse living in Omar Sharif’s mustache

“I’m having a tough time over here. ” Paul complained. “I can’t get any sleep. I mean the women keep kissing Omar and waking me up. All hours of the day or night. I need to keep a schedule, you know. Can’t you get me a different location?”

“Well, let’s see what I can do” said the clerk. He rustled through some papers and came back on the line. “I have an opening in Tony Curtis’s hair. How does that sound?”

So Paul moved over to Tony Curtis’s hair. The next day the phone rang again and it was Paul.

“You know?, I am having a difficult time with this. I mean it’s not too easy living with Tony Curtis. The women, they keep running their fingers through his hair. He’s got a really nice head of hair by the way. But I keep getting rustled out of my sleep. It’s driving me crazy. Can’t you do something else for me?”

The clerk went back to his files and came back on the line.

“The only position that we have left available is in Rachel Welch’s pubic hair”.

Paul thought it over and figured that it sounded pretty good.

Well, the very next day the phone rang and it was Paul again.

“Hello, this is Paul”

The clerk was a bit irate by this time. “Oh, what could be your problem now?”

My favorite piece of art 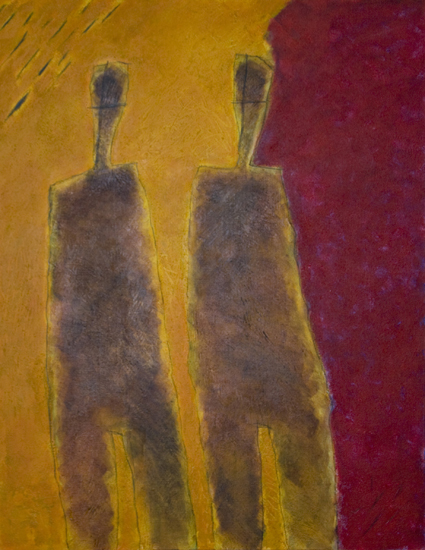 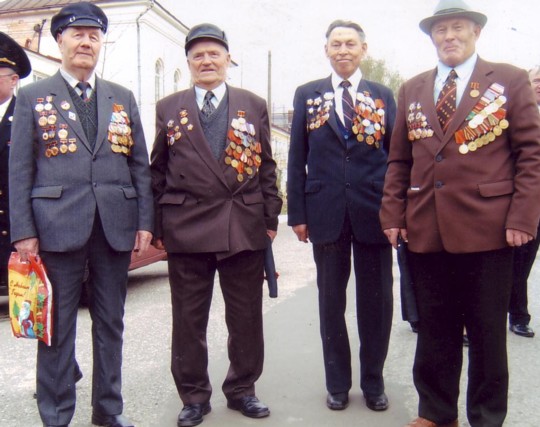 I ran into these gentlemen while on my way to a victory day parade near Kazan, Russia. It’s not often that an American gets to see actual Red army WW2 veterans so I had to stop them and ask to take a picture. They said to me “Go home and tell them that we are still alive”. So that’s what I am doing. 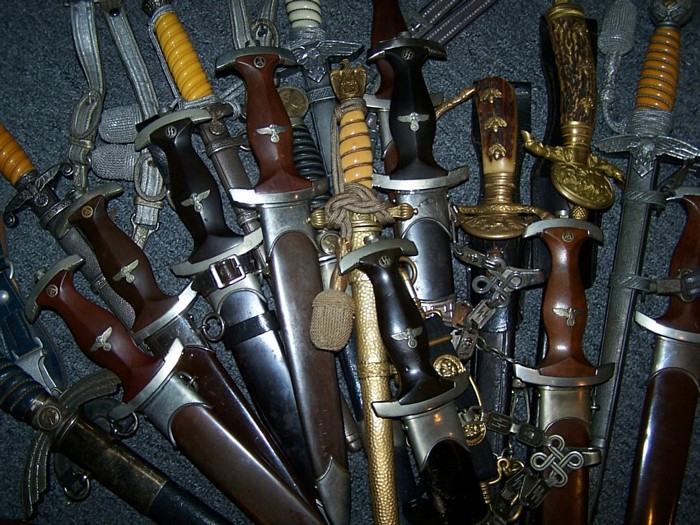 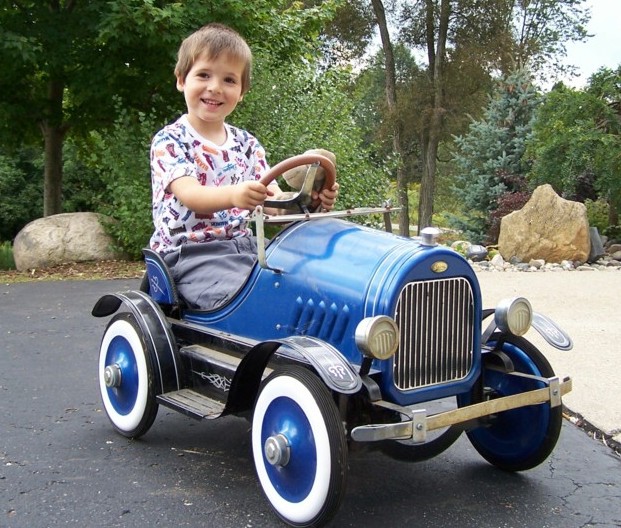 My assistant is in his car on his way to work. He does not have to drive very far to get to work. Which is good. Because the car does not have any gas in it.